DEBATE: Should Paparazzi be Banned? 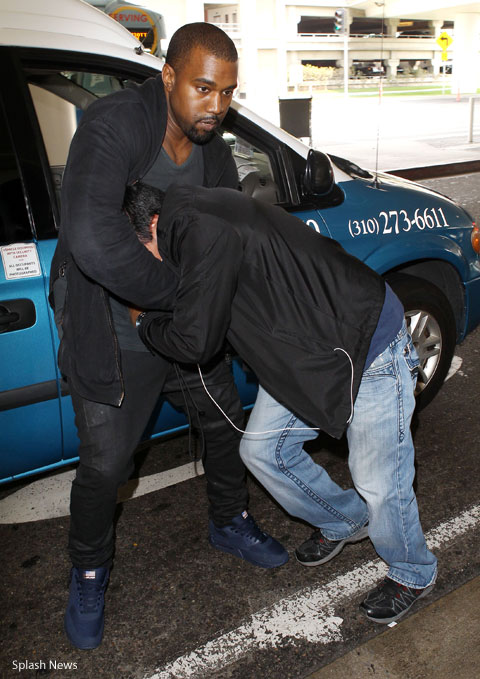 I Believe that Celebrities should be able to have a normal life They ARE people too. They need to have privacy just think how would you like it if 50 People take your picture just because you eat at a cheap fast food place instead of eating a 500 dollar meal every day? And why should they be criticized for things that you do every day? Like having there kids in public school.

People are stopping themselves from doing things that they love, but for one main reason. The reason is the paparazzi. They invade peoples lives and stop them from living a normal life. They have no limits, they don't care if someone is in the middle of mourning they will take as many pictures as they want. Celebrities have to hide their children away because of the paparazzi cobstantly taking pictures. Celebrities can't go out and be normal people and I think that's absurd. They should be able to live the same life as any other person who isn't in the spotlight.

There are already many laws that exist that we can use to help regulate the problems celebrities face with the paparazzi. It is Illegal for the paparazzi, like any other person, to trespass. Therefore the paparazzi are not allowed to enter private property without the permission of the owners. This would limit them from taking photos of celebrities in their houses, backyards and at any other venues which have restricted access for the public. It can also be argued as a consequence of this that the paparazzi can also be restricted from taking a photo of a celebrity whilst the celebrity is on private property from an adjoining property. When a photo was taken of Kate Middleton, sunbaking topless, whilst on private property by a photographer with a long lens in a neighbouring yard, the court ruled in favour of Kate and had the photo withdrawn from circulation. The paparazzi are also not allowed to harass or stalk famous people. In the unlikely case that they do most celebrities have a form of security protecting them. The High Court in the UK has in a few instances enforced the anti-stalking laws, for example One Direction Singer Harry Styles won a case against a particular group of paparazzi. This group was banned from pursuing him in the street or waiting outside his house. Other everyday laws that the paparazzi must also abide by all the usual road rules. The photographer who intentionally drove into Lindsay Lohans car in the United States in order to get a photo should be charged with reckless driving. Paparazzi who pursue celebrities in cars or on motorbikes, still need to abide by the road rules. The police can pull over and charge them with speeding and dangerous driving if they are in fact breaking these laws. If the police enforce these road rules better then accidents such as the tragic one that claimed the life of Princess Diana may have been avoided. It should now be clear that the Paparazzi should not be banned as there are already other laws in place which can be used to regulate their behaviour.
In order to prevent incidents that can be caused by Paparazzi, we should introduce new laws that protect the celebrity’s rights and wellbeing. For example, a celebrity should have the right to not allow a picture to be exposed to the media. This way the stories in our magazines are not just a biased inference that is affecting the celebrity. Magazines should be made to obtain written consent from the celebrity to use photos of them, this would avoid court cases like the one that Kate Middleton had after the photos of her sunbaking on vacation were published in a French magazine. Kate deserves the right to see the photos before they are made public. The paparazzi should not be allowed to take pictures of celebrities who are in a vulnerable situation. Simpler rules could also be put in place.

What Do You Think?